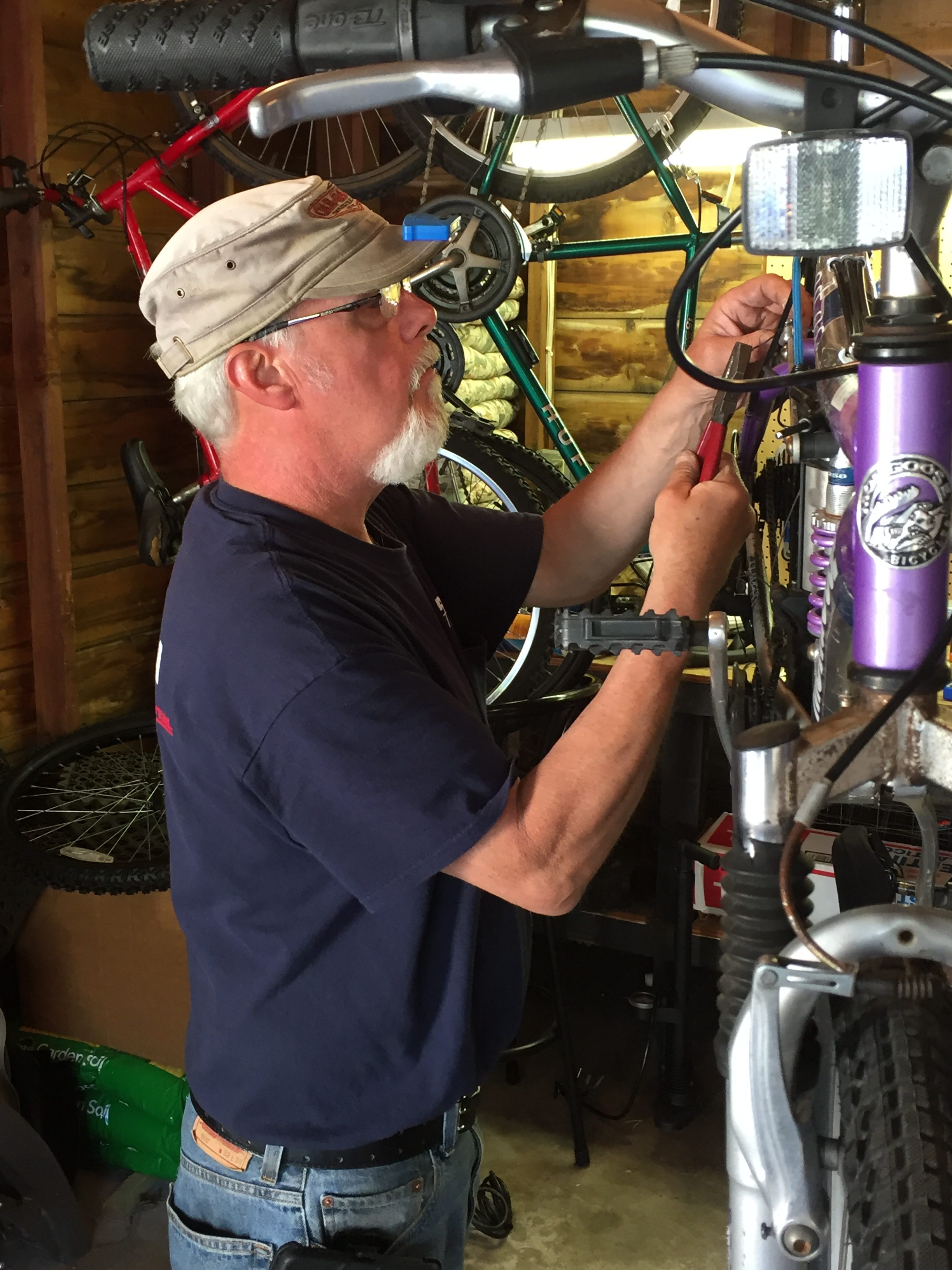 It was just another night at the Spokes of Hope Program housed in the St. Vincent de Paul Thrift Store on Green Bay’s eastside.  But five people caught the eyes, ears and hearts of the Spokes of Hope bike mechanics on Monday.  A man from the Transformation House.  A man from New Community Shelter, a couple who live in the woods, and a chronically homeless man who has visited before.  What do they all hold in common?  Humanity and poverty—in that order!

Nick, the man from the Transformation House is a happy go lucky sort of guy.  He is just happy to have a roof over his head, a new start, and prospects for a brighter future.  The donation of a bike will help him to keep appointments, seek out a job, and do what most every other person does in Northeast Wisconsin—just live life.

Jason, the man from the New Community Shelter is a self-starter.  A person with some tough breaks and stories from a past to be sure.  But he didn’t need anyone’s help to fix a bike that was being offered to him to help him out with mobility issues.  He just needed the bike tools in order to reclaim the tools he grew up with as he fixed his own bikes as a kid.  He will be back without a doubt.  Not to seek another bike; but rather to help others by using the gifts he has been given.

The couple has experienced a tough life.  John and Julie live in the woods and survive day to day.  Both look weathered, tired, and beat down.  Julie wears a bread bag for head cover.  Black circles surround her eyes.  She has not only been beaten down by homelessness.  But the Big C, cancer, has challenged her on a daily basis.  She feels sick. She gets constant headaches.  But John and Julie trudge on as a couple, supporting each other on the journey.

And finally there is Bill, a chronically homeless man that can be seen often at local shelters or on the streets.  He has a bike but needed the brakes to actually work.  Imagine that!   He sat patiently, conversing with mechanics and others while he waited for his bike to be fixed.  Just happy to be alive, mobile, and surviving the challenges of homelessness day in and day out.

As we always say at Whatsoever You Do, Inc., there is no “us” or “them”.  Just a “we”.  All of us having joys and hopes, griefs and anxieties.  But all of us sharing one humanity.  And yes, poverty too!  In one way or another.